Recently, I read an interesting paper called "Toxic Workers" by Michael Houseman and Dyland Minor of Cornerstone OnDemand and Harvard Business School respectively. The article pointed out that relatively little research has been conducted regarding how to isolate so called “toxic workers” who are defined as, “worker[s] that engage in behavior that is harmful to an organization, including either its property or people.“

The paper aimed to isolate the relationship between these “toxic workers” and overall workplace productivity and it makes several compelling arguments about candidate characteristics and ultimately begs the question, can recruiters save recruitment dollars by isolating these “toxic workers” before hiring them?

Per the paper, “there is also evidence suggesting that a worker is personal characteristics are important in determining his ethical behavior (e.g., see Ford and Richardson (1994) and Loe et al. (2000)). Lazear and Oyer (2007) suggest that the selection of workers plays a role at least as important, if not more important than incentives in generating outcomes. Thus, one approach to managing toxic workers -- and the approach we focus on in this paper -- is simply avoiding them. However, in order to do so, we must be able to identify them ahead of time.”

With a term like “toxic worker” you’d think that no one would hire them, but these candidates are not always what they seem. Here are some classic characteristics of a “toxic worker” according to the previously mentioned research paper.

Wait a minute, so rule followers with confidence are a no-go? That doesn’t sound right!? However, this research shows that those types of candidates, “are much more likely to be terminated for toxic behavior.”

So…why are companies hiring these sort of workers? Well, research also shows that, “toxic workers are much more productive than the average worker.” However, in higher levels this productivity is ultimately not worth the investment as an average worker causes fewer issues. In fact, “the value of finding a 'superstar,' defined as workers in the top 1% of productivity,” is not cost effective as bad workers have a stronger effect than good ones.

As with anything, this is not an absolute judgment. Not all high achievers are destined to be terminated (those who ended their employment endeavors in termination is what the research actually studied). So, let’s go over some of the key factors that led to these candidates being deemed “toxic” and in due course being let go.

“A common manifestation of overconfidence is overestimating one’s own abilities.” So it stands to reason that though the sort of person may have felt that they could do the job, it just wasn’t the case and that may lead to misconduct. One way to avoid this kind of situation is to offer a pre-screening that includes practical tests.

“All things equal, those that are less other-regarding should be more predisposed to toxicity, as they do not fully internalize the cost that their behavior imposes on others (Van Lange and Kuhlman (1994) and Folmer and De Cremer (2012).”  Therefore, if you find that someone is focusing mostly on their own needs, it is highly unlikely that they will function well as a productive, caring team member. You can gauge this by asking questions about others and noting their reactions.

Machiavellianism, which is defined as being "characterized by subtle or unscrupulous cunning, deception, expediency, or dishonesty,"  is a key component in this part of the study. Though not all candidates who follow rules embrace that mindset, some who avidly claim that following rules matters may be just trying to obtain the job whether they are right for the role or not.

In this study, candidates were incentivized to follow rules regardless of the reasoning so, “it could also be the case that those who claim the rules should be followed are more Machiavellian in nature, purporting to embrace whatever rules, characteristics, or beliefs that they believe are most likely to obtain them a job.”

An easy way to weed out “toxic workers” is to ask them questions that will showcase whether they are more genuine or more Machiavellian. On the whole, recruiters would do well to avoid more Machiavellian candidates.

It should be noted that avoiding hiring these candidates isn’t enough; because the truth is that you probably already have one in your midst (and that may or may not be a bad thing). According to the research, you might notice these sorts of staff members doing all of the following:

Infecting others
“Toxic workers seem to induce others to be toxic.”

Producing lesser quality work
“Looking simply at mean FE values, we find that the average Performance Quantity Time FE is less for those ultimately terminated for toxicity than those that are not toxic (t-test with unequal variance yields a p-value= :0376): That is, toxic workers are more productive than those that are not ultimately terminated for toxicity. When we consider Performance Quality FE, we find that toxic workers produce lesser quality work than non-toxic workers; however, results do not quite reach conventional levels of statistical significance (p-value= :1233): Of course these are simply means and we should consider analysis with controls.“

Costing the company more money
This report puts forth some fairly convincing cost numbers. Just look at how hiring a “superstar” from the top 1% of all workers saves a company only $5,303 versus avoiding a “toxic worker,” which saves $12,489! The research derives these costs from the fact that, “toxic people drive other employees to leave an organization faster and more frequently, which generates huge turnover and training costs, and they diminish the productivity of everyone around them.” 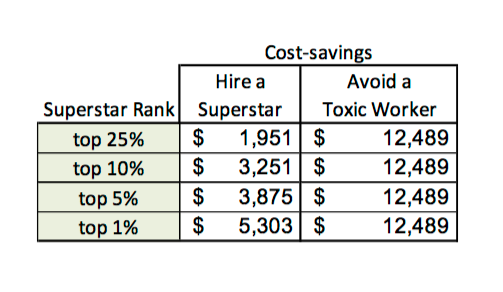 A surplus of “toxic workers” should be avoided by utilizing more dialed in interview questions and assessments so that recruiters can save money in the long run. However, that is not to say that you should never hire a worker with some “toxic” traits as this report’s data was based on those who were terminated and hey also found, “that adding the dimension of toxicity can help improve performance by means of avoiding the wrong kind of highly productive workers that would have been thought a preferred hire had we not considered toxicity.”

Avoiding “toxic workers” entirely is not necessarily ideal, but being aware of the factors that make them so will help you be a better recruiter, cultivate a caring workplace and save you recruitment dollars.

If you are interested in building a better environment for current and future employees, also consider working on your workplace culture.

Link Up! Creating a Link Building Strategy for Recruitment 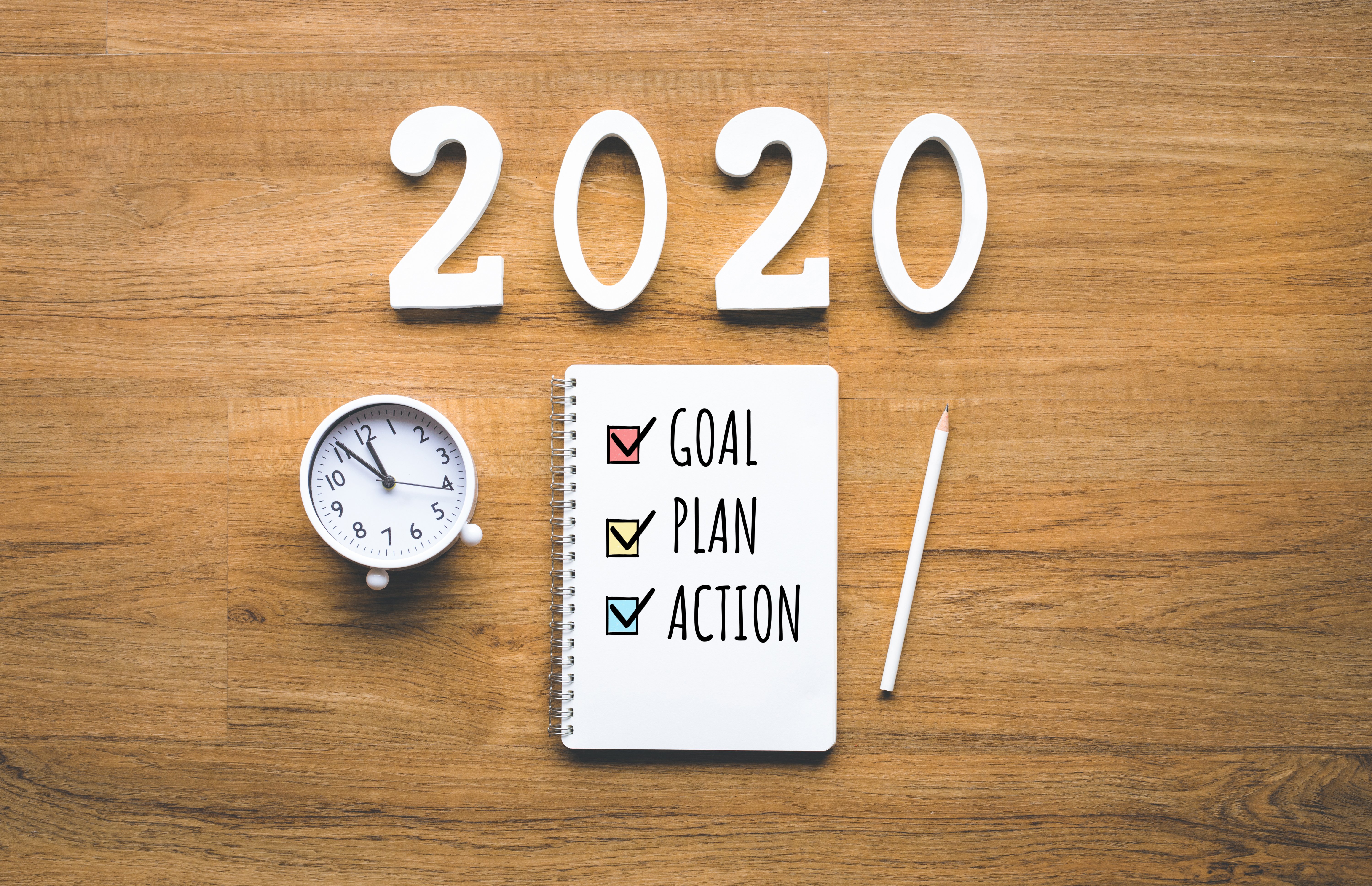