Small Ways You Can Encourage Inclusivity in the Workplace 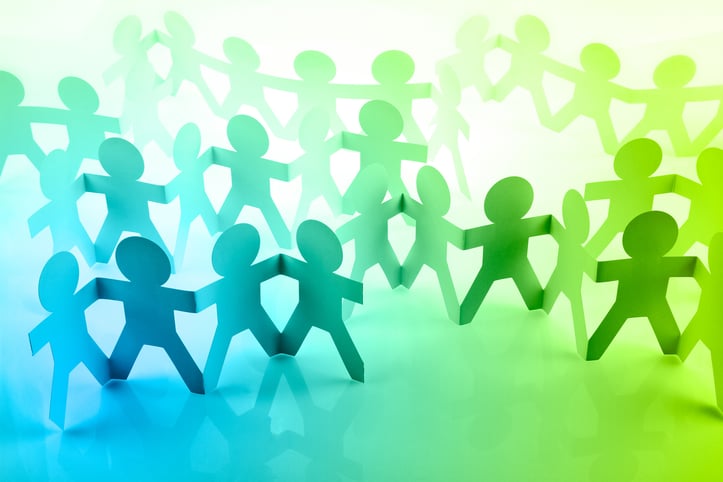 It is a universal truth that everyone in the world wants to feel accepted, so why should the workplace be any different? You’re right, it shouldn’t. But sometimes, small things make a workplace less inclusive without ever intending to do so.

Today, we want to talk about some of the little things you can do (quite easily) to make existing employees and potential hires feel better about working for and with you.

Typical hashtags are a string of lowercase letters, but what happens when there is a question about the content of the string? For instance, as early as 2013, major hashtags were being misconstrued. While it isn’t a recruitment example, you may have heard the headline “Twitter hashtag #nowthatcherisdead confuses Cher fans” Why? Because that hashtag was meant to broadcast the news that the former British Prime Minister, Margaret Thatcher had passed away.

That situation and many others like it have given rise to a trend called CamelCase. Per TechTarget, “CamelCase is a naming convention in which a name is formed of multiple words that are joined together as a single word with the first letter of each of the multiple words capitalized so that each word that makes up the name can easily be read. The name derives from the hump or humps that seem to appear in any CamelCase name. In UpperCamelCase, the first letter of the new word is upper case, allowing it to be easily distinguished from a lowerCamelCase name, in which the first letter of the first name is lower case. The advantage of CamelCase is that in any computer system where the letters in a name have to be contiguous (no spaces), a more meaningful name can be created using a descriptive sequence of words without violating the naming limitation.”

Of course, you don’t have to use CamelCase, but if you are putting together a longer hashtag, you may want to consider it for these reasons:

Add a New Section to Your Application

Many people are denoting their preferred pronouns publicly these days. You may have seen them in Twitter bios or even in email signatures. It has become increasingly important to address people with their correct identifier, so why not add a new field to your online application form asking for their preferred pronoun?  This small change will inform job seekers that you can about them as an individual, not a number. It’s just a more human approach.

Think About Who You Partner With and Who You Hire

It is never, ever okay to exclude people. However, if you aren’t careful about the partnerships you make, you may end up with your name dragged into an exclusion controversy. For instance, take the recent Virginia fiasco where a job description went out into the world with the phrase “preferably Caucasian” in it.

Cynet Systems certainly made an impression…a terrible one. Our point here is that if you either don’t screen and train your employees and recruitment advertising partners (or if you don’t choose one with a stellar reputation), you name could be forever associated with discrimination.

Alt text is such a powerful tool! For those who don’t know, it’s the text attached to images that allows them to be searchable by sites like Google. It’s why your audience finds you in images searches. Consider what you put in the alt text field whenever you have the option, because IMG01919.jpg is much less likely to be searched than “Psychiatrist at Work.” Trust us.

If you’re still unclear on how to rock your alt text, consider these tips from Hootsuite:

Are you sensing a theme here? You should be. Words! Anyhow, words, and in this case captions are key to garnering the widest possible audience for video content. Not only do most people watch video on silent (especially on Facebook – 85%), there are some who simply cannot hear your content. Including captions means that hearing impaired individuals can also enjoy what you produce.

If you are receiving feedback that you are projecting a lack of inclusivity, do something about it. Your audience will tell you when you are doing something wrong…respond! Big box brands are working toward this every day and recruitment brands should aim for the same goal; total acceptance. NewsCred Insights provided an excellent example of this:

“Calling it a trend can indeed feel reductive, but there’s no doubt that inclusivity is more important than ever among today’s consumers, and some brands like ThirdLove are garnering lots of positive earned media and loyal fans by embracing the movement. Of course, the concept is not new — remember that iconic Coca-Cola commercial about ‘buying the world a coke?’ But those moments have been few and far between until recent years.

That’s because brands are getting better at listening to consumers and aligning with their values. Consider this: 70 percent of Millennials are more likely to choose one brand over another if that brand demonstrates inclusion and diversity in terms of its promotions and offers, according to the 2018 Accenture Holiday Shopping survey. And nimble direct-to-consumer brands have often been the ones leading the way on content marketing that showcases values.”

What are you doing to encourage and promote inclusivity? Do you need help? Contact us!