Facebook groups are a unique, currently ad-free space within the Facebook empire, but that may change soon. Yesterday, Josh Constine published an article called Facebook tests ads in Groups, its next potential cash cow that noted testing of ads within groups is already underway. While at first this move might seem like yet another way that Facebook is moving toward total commercialization of the social media entity, it could be a positive step toward more dialed in Facebook recruiting.

Why would this be a positive step within the recruitment sector? Well, it means that our clients’ Facebook recruitment advertising would be able to target interests on an even deeper level. For instance, recruiters could isolate groups that are relevant to the candidates they want to reach. A quick search of Facebook helped us find one group called Physician Assistant a closed group with over 11,000 members. The group’s description is as follows, “If you are a Certified Physician Assistant, a PA student, a pre-PA student, or even a medical student, JOIN THIS GROUP for learning activities, latest news, helping others and much more!” This group would be a great resource for hospitals seeking Physician Assistants who are certified.

Right now this feature is still in the testing phase. According to the article, “‘We have started to test delivering ads to people in Facebook Groups, and will be evaluating the response before determining how we will move forward,’ Facebook told TechCrunch in a statement. The ads will look the same as News Feed ads. They’ll be targeted by Group topic as well as the standard identity-based targeting.” We expect this feature to be wildly successful. After all, according to Josh, “By 2014, Groups had grown to 500 million users and gotten its own standalone app. Since then, it’s doubled in size thanks to buy-and-sell Groups for commerce and other communities.”

Groups are a huge untapped resource for all types of advertisers. Groups about buying and selling will be able to include secondhand goods from locals alongside ads for new products that are similar. And, as previously mentioned, groups for events will now be able to promote event prep materials, live interview sessions that will take place on site and so much more. The possibilities are pretty exciting.

The introduction of ads within groups will have to be executed with care as users may react negatively, but in general with the overwhelming success of native advertising in the News Feed and beyond, we think it will ultimately be a rousing success. After all, in the age of monetized social media, there is really no such thing as a platform that can remain private, even in part to users indefinitely.

Did you enjoy this article? If so, please consider subscribing to receive our monthly newsletter, which contains similar articles and tools for recruiters like you. 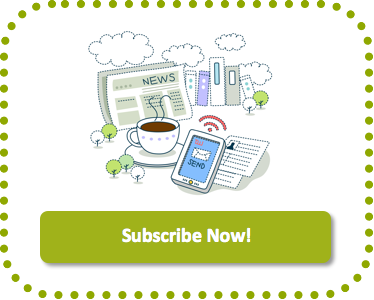 Yet Another Reason for You to Use LinkedIn for Recruiting