The Houston market has had a hard time over the last few years, but we are encouraged by the consistently positive headlines we’ve been seeing. These energy headlines are directly applicable to recruiters who want to start proactively planning their 2017 recruitment marketing budgets. Without further adieu, here are three headlines we think you will want to read and share with your colleagues.

Houston among 10 markets poised for tremendous growth by 2040

G. Scott Thomas wrote an article on October 11th stating that Houston is among five Texas cities that will experience remarkable growth by 2040. This story was based on data obtained from the U.S. Census Bureau, The University of Virginia’s Weldon Cooper Center for Public Service and the American City Business Journals. Houston’s exact rate of growth is projected to be 66.7%! With less than 25 years to go, recruiters need to start pulling in top talent now to make the best use of this steady growth.

GHP jobs outlook: The bleeding is over

Joe Martin recently published an article citing data from the Texas Workforce Commission that hints at the fact that the painful phase the energy sector went through is coming to an end. As is true with most markets you have to hit the bottom before you bounce back and this report seems to point to the idea that the bottom has been reached. And, according to the article, “Houston saw strong gains in transportation, trade and utilities, which includes retail; as well as education and health care. With a string of new retail projects announced over the past year, those projects have begun to come online, leading to hiring in those sectors.” In conjunction with other articles, we are confident in saying that the energy sector is poised to be the next come back market.

Olivia Pulsinelli’s article from September brought exciting news of a new and sizable resource located in a portion of the Permian Basin. Specifically, according to the article, “‘The new resource play, the ‘Alpine High,’ is primarily in Reeves County, Texas, and has 4,000 to 5,000 feet of stacked pay. Apache estimates it contains 75 trillion cubic feet of rich gas and 3 billion barrels of oil in the Barnett and Woodford formations, and the company “also sees significant oil potential in the shallower Pennsylvanian, Bone Springs and Wolfcamp formations,’ according to a release.”  This new resource is the result of over two years of work and will offer new, extended value for the company’s shareholders.

With this discovery, we expect job growth to increase as companies such as EOG Resources Inc have already announced that they are planning to increase their drilling location presence in that area.

Recruiters! Are you going to start doing your part to bring back the energy market? If so, try using our Oil and Gas Quick Reference Guide to brush up on your terminology.

It's All About the Image: Recruitment Marketing with Pinterest 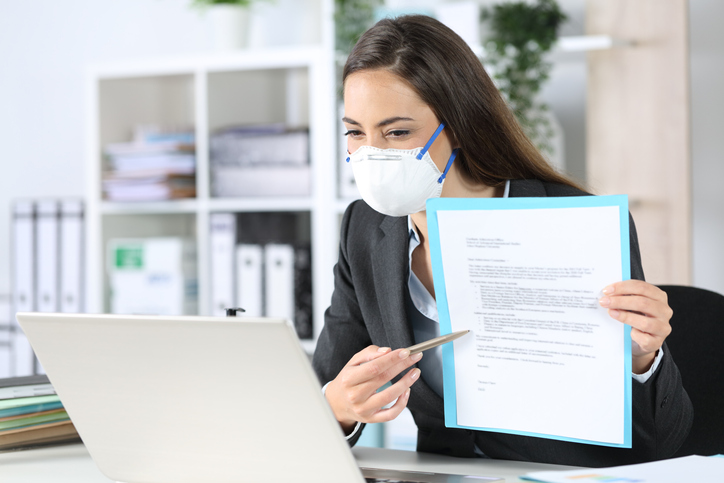